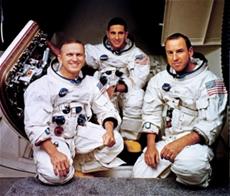 He was backup pilot for the Gemini XI and Apollo 11 space flights and was lunar module pilot for Apollo 8, the first lunar orbit mission. He is a graduate of Grossmont High School.

George Bailey graduated from Grossmont High School in 1937 and San Diego State College in 1941. Mr. Bailey played football for both schools and went on to become La Mesa Mayor from 1981-1984 and a member of the San Diego County Board of Supervisor from 1984-1992. During his tenure in public office he focused on lengthening and widening the main thoroughfares and the building of the SR-125 connector from SR-94 to I-8.

Ms. Couts served as PTA welfare committee chairperson, organized the La Mesa Welfare Association and Thrift Shop, and spearheaded the drive for the construction of Grossmont Hospital which opened in 1955. She helped establish the La Mesa Youth Center in MacArthur Park where there is cottage named in her honor.

Ray Fellows, who graduated from Grossmont High School in 1937, was La Mesa’s first elected mayor after a 1962 ordinance provided for the first city-wide election for this office. He served for eight years until 1970. During his tenure the police station on Allison Avenue was opened and a city ambulance service was started in 1969.

He and his partner built Murray Dam. He also donated the land on which Grossmont Hospital was built. Fletcher Hills and Fletcher Parkway are his namesakes.

Born in La Mesa, Mark Grace played firstbase for 13 seasons with the Chicago Cubs. He led the major leagues in hits during the decade of the 1990’s. With the Arizona Diamondbacks, Mr. Grace won the MLB World Series in 2001. Mr. Grace remains active in baseball today as a sports broadcaster for the Diamondbacks.

A graduate of Helix High, he was a well known actor, and Academy Award nominee as well as a prolific photographer, sculptor, and artist.

Mr. Mustaine was guitarist with Metallica and went on to found and lead the band Megadeath. 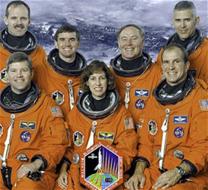 She flew four space missions including the Discovery Shuttle. She is currently Deputy Director of the Johnson Space Center.

He and the City Council built La Mesa’s first park which included a swimming pool and tennis court in what is now Collier Park. This was the forerunner of our current comprehensive city recreational programs.

He was a nationally recognized sculptor who assisted on a war memorial for the State of Virginia and created the portrait study of John Spreckels at the Organ Pavilion in Balboa Park.

Dr. Sampson served as the first City Council Chairman (then called Board of Trustees) from February 16, 1912 to 1914. Dr. Samson remained on the board thereafter to help guide the fledgling city. He had a reputation as an honest man of dedication and principles. 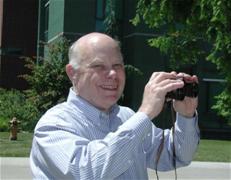 He is a senior scientist with the U.S. Geological Survey and received the 2010 Spirit of Defenders award from the nonprofit Defenders of Wildlife.

Prior to Costco, Mr. Sinegal was a vice president of Builders Emporium and also the Price Company. He is a graduate of Helix High School. 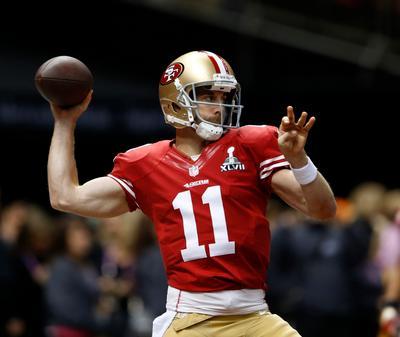 Alex is a Helix High School graduate who was first overall draft pick and a Heisman Trophy finalist. He started in the NFL as quarterback for the San Francisco 49ers. Alex is now the quarterback for Kansas City Chiefs.

He flew on four missions to the International Space station including STS-88 Endeavour, the first space station assembly mission and STS-128 Discovery. He is now Deputy Chief of the Astronaut Office.

Bruce also attended Helix High School and then went on to play college football for the UCLA Bruins. In 1973, he was drafted by the Dallas Cowboys and played three seasons.